Return to About ANRL

The all-volunteer staff of the American Nudist Research Library come from a rich diversity of backgrounds. Two things they all share are an appreciation of naturist history, and a desire to be helpful.

Roger Vonland came to nudism only in 2000. He had already retired after 30 years as an economist with the federal government. That overlapped with his 35 years in the Naval Reserves—retiring as a Lieutenant Commander. Over the years, he also taught Economics and Business Administration at five universities.

He joined the library staff in 2003, serving 10 years as vice-president. And after retiring from that position, he volunteered to staff the library on Mondays, so it could be open six days a week.

Volunteering comes naturally to Roger. For more than 55 years, he has belonged to Lions Clubs in five states—serving for a while as the organization’s District Governor. He has volunteered Hospice service for over 25 years. He is also a licensed minister in the United Church of Christ and has served as an Associate Pastor in churches in Georgia, Alabama, and Florida over the past 25 years.

He belongs to Cypress Cove, Crossed Oaks Haven, and the Tampa Area Naturists.

Terry Crump and her future husband first visited Cedar Creek Park in South Carolina in 1996. She writes, “It only took a few minutes to feel comfortable in the nude. We found the folks to be friendly and were members there until we moved to Cypress Cove in 2010.” She has helped out as a librarian and scanner since 2014, and is now handling membership.

With a Masters degree in Education from Longwood University in Virginia, she taught Mathematics for 20 years at the middle school through community college levels. And she comes with library experience.

She relates, “As I child, I remember spending many hours at the library. After moving to South Carolina I obtained a position with the Charleston Public Library. There I taught computer classes to adults in the Technology Learning Center. The 5 years there were without a doubt my most rewarding. And now I find myself at a very special library. I feel honored to work with the dedicated and experienced people who volunteer at the ANRL.”
Dave Graber 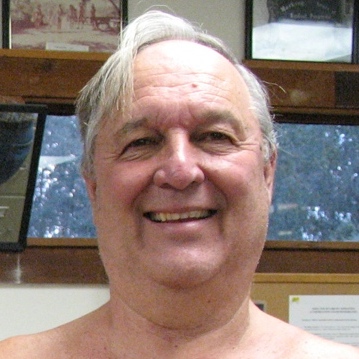 Dave Graber was recruited as library president in 2014, not for any library experience, but for his leadership. For 25 years, he was in charge of pulling diverse people together in Advanced Engineering at General Motors. He holds 18 patents. He later served 6½ years as commodore of the Cypress Cove (radio-controlled) Yacht Club.

As a teenager, he enjoyed skinny-dipping at secluded beaches and private pools. He and his wife have long been home nudists. His first public nude beach was at Santa Barbara, California in 1980. By 1985, he joined Whispering Oaks in Michigan. Since 2001, he has divided his year between homes at Turtle Lake and Cypress Cove. A longtime member of The Naturist Society, he served on the AANR-Midwest board of directors, and as regional and national Government Affairs chairman.

While a young man, he sold and fixed house trailers. So, after retirement, he became a general contractor, and helped his neighbors with repairs for the next 15 years.

All of this prepared him for his position as library president, where he considers inventorying and scanning of the collection as the major accomplishments of his tenure. His cheerful leadership keeps everyone working toward the same goals. When asked why he volunteers, he said, “It keeps the brain busy, I enjoy working with people, and I’m doing a little good here.”

Sue Nathan grew up across the street from Yankee Stadium in the Bronx, and watched the games from her roof. The daughter of a band leader, Sue, like her mother, sang and danced semi-professionally—and continues with the Cove Singers and the Cove Players. She was elected vice-president of her graduating class. For the next 25 years, she led staffs selling copiers and supplies.

She discovered Moonstone Beach in Rhode Island in 1982, and kept a trailer at Solaire in Connecticut until moving to Cypress Cove in 2007. But she didn’t tell her family—until she discovered that her brother had long been a nudist too.

A fast reader who goes through a lot of books, Sue’s sunny disposition makes her a helpful librarian. She always has a smile on her face.

Her busy life includes two long marriages, and an active social life between. Her travels have taken her to Europe, Russia, China, Australia, and New Zealand. Anyone who could keep up with her would find her participating in tennis, ping-pong, pickleball, petanque, bowling, darts, and chorus—as well as volunteering for Give Kids the World. She says, “Until I can’t walk anymore, I’ll be active.” 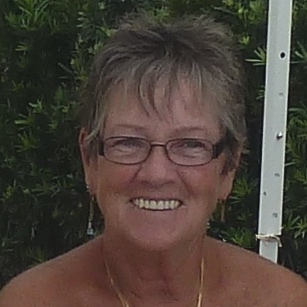 Roe Ostheim grew up in Scotland, coming to New Jersey as a nanny. She then studied medicine at New York University, and worked 29 years for AT&T—first as an overseas operator, working her way up to Human Resources Manager. That last position required the preparation of many budgets. All of this experience prepared her for her current position as library treasurer since 2003.

She started going to clothing-optional Riis Beach in New York in 1980. In 1996, she moved to Cypress Cove. Here, she has also helped with scanning materials at the library.

Roe says, “My strengths are being available to help when needed, and feeling proud of what I do. I believe in volunteering and giving back a little of my time. I have volunteered at Give Kids the World in Kissimmee since 2004. This is a place where children with life-threatening illnesses get to have the time of their lives with their family ’n friends and other kids who are in the same position as them. Volunteering is something I do automatically and since I was very young; I enjoy helping others and it satisfies something in me.”

Ed Westen has served since 2012 as the library’s electronic scanning coördinator, responsible for the direction and supervision of the scanning department and its six dedicated volunteers. His 33 years as a high school Mathematics and Computer Science teacher helped prepare him for this position. So did his interest in serious photography. And he worked four years in the Chicago Public Libraries.

The whole process of scanning, editing, formatting and archiving magazine files was developed over many months with much trial and error. The current procedures have been documented for future workers, and several volunteers have been trained in their use. Under his direction, hundreds of thousands of pages of historic nudist documents have been electronically preserved.

Ed joined The Naturist Society in 1988, and AANR about ten years later. Now a member of Cypress Cove, he holds fond memories of Valley View Recreation Club in Wisconsin.

Connie Torres works behind the scenes, putting out the library newsletter since 2014. She began coming to Cypress Cove in 1983, with her husband and three daughters. After her family grew up, she moved here in 1999. Some of her grandchildren have lived with her at the nudist resort for up to a year. Seeing all of the kindly and trusting people, one of her grandsons asked, “Grandma, is this what it was like when you were growing up?” Now great grandchildren visit.

She worked many years as an Industrial Engineering Analyst in the shipbuilding and aerospace industries.

Connie was raised in a minister’s family where doing good deeds was a part of daily life. Besides helping at the library, she gives people rides to the store, and helps take care of the elderly. She says, “That’s what I was created for; I volunteer when needed.”

Barb Westen has begun helping with the newsletter. She grew up in a small town in Wisconsin. Nudism wasn’t even a word in her dictionary. The closest she came to it was wearing a nightie to bed with no underwear. That would be considered pretty scandalous in those days.

She became a nudist in 2001 when she married Ed. Barb thought he was nuts when he first mentioned this idea, but she was looking for a good man and agreed to go along. They visited Valley View in Wisconsin and later joined Cypress Cove, where she belongs to the Cove singers and Cove players.

Barb’s background is strong in administration. Her last position was Project Manager for a steam generator replacement at a Nuclear Power Plant. While working full-time, she earned a degree in Health Care Business. She also found time to get her Emergency Medical Technician license and spent many years on call with her local ambulance service. When she married Ed, she became part-owner of a home health care business. As Policy & Compliance Director, she researched and wrote all the applicable policies and trained the employees.

Barb aspires to be a knowledgeable, capable, funny, and just over-all good person.

Gary Wright brings 38 years of Air Force experience in communications and computers. With a degree in engineering, he has been part of the library scanning team since 2014.

A newcomer to nudism, he joined the Green Valley Club in Ohio in 2008. As network administrator, he keeps track of all their computer information. He and his wife now spend their winters at Cypress Cove, where they also volunteer with The Cove Players.

Gary enjoys fishing from his pontoon, and all sorts of sports. He prides himself on being a team player and a nice guy. When asked why he volunteers, he says, “I like books. I like electronics. And I like to help the cause.”

Tom Bergen, Ph.D. has five college degrees. For 11 years, he taught Family and Child Studies at the University of Wisconsin and other colleges. Then he switched careers and did pharmacy for the next 35 years, before retiring. In his student days, he attended the Halcyon nudist club near Pittsburgh. He was never really a joiner. In recent years, he and his wife have gone on five Bare Necessities cruises, eventually becoming members of AANR and The Naturist Society.

Every week since 2013, he drives an hour each way to help do scanning at the library because he feels the importance of preserving our historical documents. He finds it easy to get along with people, and considers reliability one of his great strengths. He says he enjoys listening to Ed’s jokes; that makes the work fun. 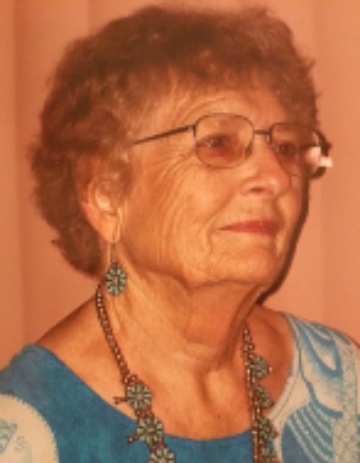 We need a good BIO for Helen. She was ANRL President and Secretary. Helen passed Aug 26, 2015.