Return to About ANRL

The all-volunteer staff of the American Nudist Research Library come from a rich diversity of backgrounds. Two things they all share are an appreciation of naturist history, and a desire to be helpful. 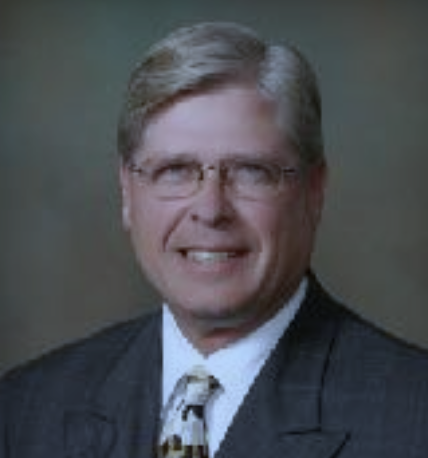 Dee lives in Camden, Maine and is working on managing Club Newsletters.

Andrew lives in Boston and is volunteering at ANRL, focusing on computer technology, automation and web development. He’s on LinkedIn .

Lou Cook grew up in a family that always went nude swimming when and where they could. Her first official experience was in 1991 when she went to a nude beach in Jamaica. It was there that her husband proposed. Then in 1995 they attended Turtle Lake’s Music Fest. It was great to be nude everywhere, more than just on the beach. They soon joined the club, eventually buying a park model there.

She had worked with computers 31 years at Blue Cross and Blue Shield of Michigan, and planned on retiring to Turtle Lake. But in 2011 she and her husband came south to Cypress Cove for a visit. They fell in love with the people, the weather, and a house. They sold everything up north, and bought their home in the Cove. They say it’s the best thing they have ever done.

She has volunteered at the library since arriving in 2012. She currently helps with lots of little chores, including newsletter editor, keeping track of inventory lists, and serving as a vice-president.

David Foote is one person you are not likely to see on your first visit to the library. That is because he lives in California, but has been a volunteer since 2014, primarily helping the secretary with Internet-related projects, such as roll-out of the ANRL Facebook group, job descriptions, operating procedures, and record recovery plans.

He first tried nudism at San Gregorio beach in northern California as a UC Berkeley college freshman in 1963. He holds a BS in Natural Resource Economics from Berkeley and an MBA in quantitative systems from the University of Alaska. For many years, he belonged to Lupin Lodge in Los Gatos, CA and enjoyed nude recreation across the U.S. and around the world—carried by a career in the navy, from which he retired as a captain in 1998. He has been a member of AANR and TNS, and is a current member of the International Naturist Federation.

David first visited the ANRL in the mid–1980s, and has participated in many membership meetings. His main interest in volunteering is to help move the library forward into the 21st Century, systematize operating procedures, and extend the reach of the library through better coöperation and interoperability with other libraries, educational institutions, and organizations.

Paul LeValley started skinny-dipping on the family farm in Michigan in 1948. He first visited the library for dissertation research in 1983. In 2015, he retired to Cypress Cove, where he now serves as research coördinator.

Paul LeValley has taught Art History at Florida State University, and Interdisciplinary Humanities at Florida A & M University. For more than 20 years, he wrote the art history column in Naturally magazine—soon available as a book. He is the leading authority on the Gymnosophists, those naked philosophers Alexander the Great met in India. For the Naturist Education Foundation, he wrote the booklet Naturists: Upholders of Strong Family Values, distributed to thousands of lawmakers across the U.S. He currently writes family movie reviews in the AANR Bulletin.

A founding member of Tallahassee Naturally, Paul conducted the nude College Greek Athletic Meet for more than 20 years. On the founding board of AANR-Florida, he started the AANR Youth Camps and the Florida scholarship program. As national youth chairman, he brought about the low AANR rate for college students. Since 2002, he has headed the Professors & Researchers Special Interest Group of The Naturist Society—compiling much scholarly bibliography.

Many Canadian universities assign his Internet page on footnoting of sources (which he threw together in one evening). He has done genealogy research for close to 60 years, and traveled in more than 60 countries. 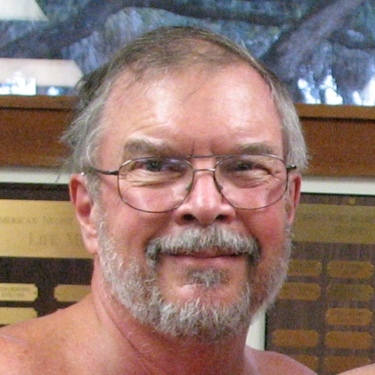 Bob Proctor, Vice President and past-secretary, grew up skinny-dipping on a dairy farm in southern Wisconsin. After serving in the navy as an electronic technician, he graduated from Newark College of Engineering (NJIT) with a degree in electronic engineering and computer science. He worked for 36 years as a Senior Engineer at IBM Microelectronics in Burlington, VT. After four years as snowbird visitors, he and his late wife moved to Cypress Cove in 2007.

Longtime members of The Naturist Society, they had frequented nude beaches at Sandy Hook, NJ, and Lighthouse Beach in New York—as well as the Eastern Naturist Gatherings. Communication with naturist friends started with Prodigy and progressed to a huge circle of on‑line nudist friends.

With a solid background in computer technology, he founded the Cove Apple Club, and gives presentations at the twice-monthly meetings. He is a true computer geek. He programs in perl and has written many perl programs while doing ANRL work. Accomplishments at the ANRL since 2012 include web site redesign and maintenance, high‑speed Internet, database redesign, owner of Synology Disk Station DS218 Network Atached Storage (NAS), membership, video production and technical committee. Bob has served as secretary and is now Vice President of ANRL.

Jim Sweeney, our club newsletter manager, goes back almost to the beginning. He started attending Cypress Cove in 1965, shortly after it opened. By 1981, he had moved to the Cove and began volunteering at the library the following year—before the collection moved into its present building. He introduced computer use into library operations.

With a degree in mechanical engineering, Jim spent 27 years in the aerospace business, retiring in 1985 as Director of Engineering for an airborne fire control system that the U.S. Air Force still uses. Then he and his wife followed their dream—sailing in the Bahamas half of each year for 13 years. They built a house there and stayed another 5 years—always spending part of each year at Cypress Cove and the library. Now he is back full-time—the longest he has ever lived in one place.

Jim says, “Since 2010 I have worked on the digitizing project in the library, where I collect and process club newsletters for the archive. I am currently adding about 45 newsletters every month and storing them all in searchable PDF files. My other effort is processing all of our past issues of newsletters to make them readily available for research and review by visitors to ANRL. I like to hear ‘ask Jim’ when people are looking for past information about their clubs.”

Mark Silverstein of the scanning team joined The Naturist Society in 1998 after his first visit to Gunnison Beach at Sandy Hook in New Jersey. He was a charter member of Capitol Area Family Naturists and held positions on their Board of Directors for several years. He has published articles in N Magazine, covering clubs, beaches, resorts, home naturism, on being a care-giver to a wife battling breast cancer, and the “Did You Know?” column about the library.

With a degree in mathematics, Mark served the American public for 37 years at the National Aeronautics and Space Administration, doing scientific programming, system administration, information technology project management and security. He started helping at the library in 2012.
He currently belongs to TNS, AANR, South Florida Free Beaches, and Cypress Cove Nudist Resort.  Mark has been on 24 cruises—6 of them clothing-optional.

He says, “I volunteer at the library because I believe there are facts, stories and histories about nudism/naturism that need to be preserved, known, and shared. They must never be lost or forgotten. I want to be a part of that preservation. I’d like people to leave the library having learned something.”

Edward Waller began skinny-dipping in college at Smugglers’ Cove in California. Younger than most of the other staff, who joined the library after retirement, Edward holds down a full-time job at a local theme park. With his encyclopedic mind, he probably knows the collection better than anybody else. If you mention a topic when Edward is around, he may quietly walk over to a shelf and open a magazine article on the subject.

He joined the library staff around 2002, and served five terms as president from 2009 through 2014. He focuses on the surplus collection.

Edward is a modest man. You have to know him for a while to discover that he is an avid stamp collector, enjoys old movies, and has traveled in 46 states. 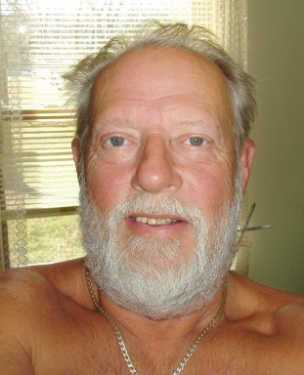 Harlan (Bud) Taylor was born 1943 in Toledo, OH. His first experiences with nudism came when he would spend summers with his second family, Dad Yonker, at his home at Horseshoe Lake in Western Michigan. There he would fish, hunt, swim and run naked through the woods as Mowgli the jungle boy, accompanied with his faithful dog Mike.

After a tour of duty with the U.S. Navy, Bud continued seeking the nudist lifestyle along with his first wife and two young sons. He was introduced to Edith Church by a mutual friend and member of the Bruins, and spent many enjoyable weekends at the nudist club in Whitehouse, OH. He remembers those early pioneers of the nudist movement; Edith, and Edith’s long-time right-hand man Jesse Swan.
Bud is a retired Ford tool and die maker. After a divorce he met Chris and they have been partners for almost 35 years. While pursuing many adventures around the country; rock climbing, motorcycling, cruising and more, Bud and Chris would stay at nudist resorts whenever possible. They joined a local Toledo travel club, the Great Lakes Sunseekers, and enjoyed nude activities with that group for several years. The couple joined ASA around that time. Late in the 1980’s they made their first trip to Cypress Cove, and remembered the club as one they would return to. They now call the Cove home for the late fall, winter and early spring seasons.

Bud’s father instilled in him a love of reading and libraries from a very early age, He and Chris have been donors and supporters of their local small-town library in Ohio for many years. He was delighted to discover the American Nudist Research Library on the grounds, and was informed that the files on Edith Church where the most extensive collection in the library. He has been spending several hours each week sorting and collating all the correspondence to and from Edith, and verifying that the physical documents match all the scanned material. A labor of love you might say