Welcome to the Library

Mail items to us at:

ANRL will be opening on a limited basis as of 5/4/2020 after being closed due to COVID–19 for a number of weeks. We will be open both on random days and on-call, but not 6 days a week. Please contact ANRL to coordinate your visit. We will try to honor requests for help with research projects. Paul LeValley is coordinating Librarian activity and you can contact him directly at anrl@anrl.org or by phone at ‭(407) 818–7495‬. We’ll keep the number of patrons in the library at one time down to three.

Who in our library audience buys through Amazon? Just about everybody would be my guess—that’s practically a no brainer these days.

ANRL is in a program with Amazon available only to charities and non-profits like ours, through which one-half percent of most Amazon purchases will be donated to our library. With so many purchases made on Amazon these days, all those one-half percent donations add up.

One small part of the Library’s 40th Anniversary was asking membership to submit ideas for a bookmark.

After review of the many submissions, here is our new bookmark. It has a front and back, one with a female figure and one with a male figure. You will have to decide which is front and which is back.

This is ANRL’s 40th Anniversary Bookmark

ANRL has a massive Digital Archive but above that, we encourage our members and patrons to use these resources!

American Nudist Research Library®, Inc. is a member of ALA

We have been a member since around 2002. We encourage members to use the ALA Web Site

ANRL has a Login to the Web site and if you need the UserID and Password then contact ANRL at anrl@anrl.org 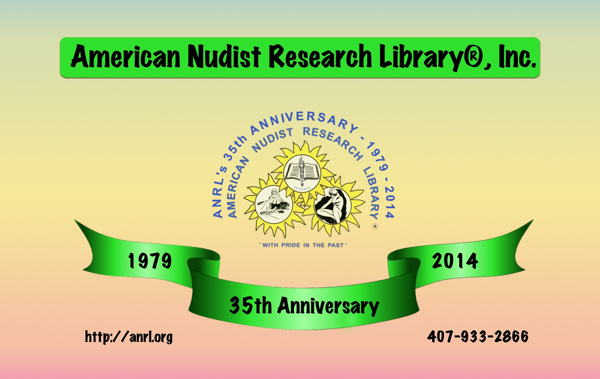 The banner is on display near the front door of the library. 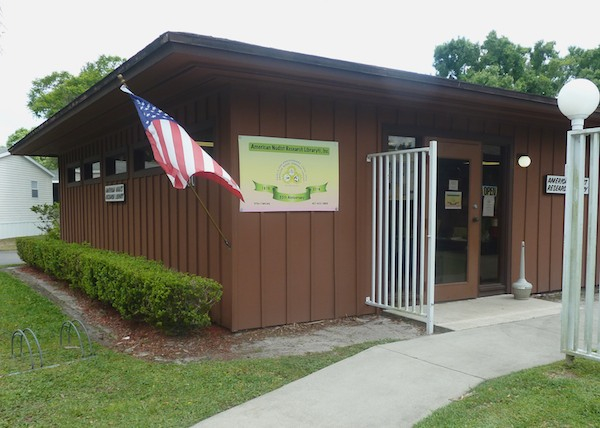 The banner is flying at the 35th Anniversary Tent event. 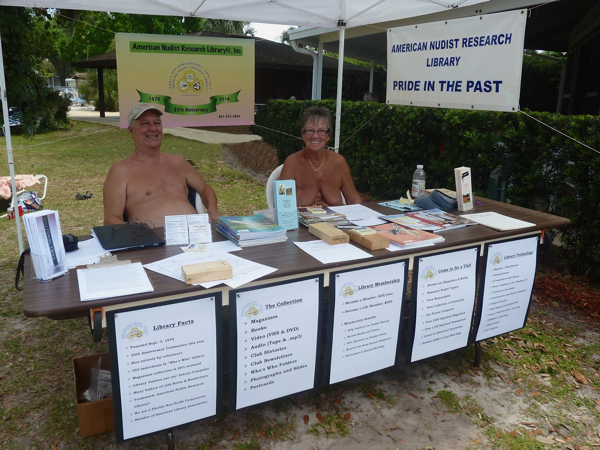